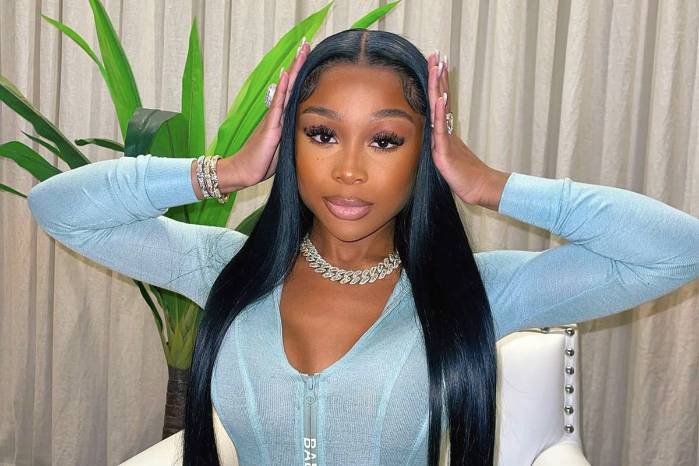 Jayda Cheaves, popular for her brand Amour Jayda, is a millionaire, entrepreneur, and social influencer. Currently, her Instagram account has 6.5 million followers. As for Amour Jayda net worth, the social media celebrity is said to be worth around $4 million. She sources most of her income from her brand Amour Jayda.

Her brand paired with her massive online following made Jayda a millionaire. Below, we discussed more about Jayda’s personal life, career, and net worth. Read on to know more about the successful social media influencer.

Who is Amour Jayda?

Jayda Cheaves, who also come by the name Jayda Wayda and Amour Jayda, hails from Georgia. She’s born on September 25, 1997, in Savannah, Georgia but is now living in Atlanta.

Not much is known about Jayda’s family. Still, it’s known that she has a sister named Ameerah and a brother named Jaelen. Like Jayda, her sister Ameerah is into the beauty industry. She currently owns The Glam Trap salon in Decatur, Georgia.

Moreover, Jayda is popular as an internet sensation and social medial influencer. Aside from her hair-related brand, Jayda rose to fame after having a relationship with rapper Lil Baby.

Jayda is quite private when it comes to her personal life. She’s highly known to have dated Lil Baby, whose real name is Dominique Jones. Jayda and the rapper dated on and off, so it’s not clear when they started dating.

In February 2019, the couple welcomed their first child named Loyal Armani. This is after Lil Baby reportedly cheated on Jayda.

However, in 2020, new cheating allegations against Lil Baby emerged after a woman said that the rapper paid her for sex. This probably caused Jayda and Lil Baby to split permanently. The two agreed to co-parent their two-year-old child.

Before dating Jayda, Lil Baby had a relationship with Ayesha, who’s also the mother of his son named Jason. It was also reported that Lil Baby cheated on Jayda on another occasion with Ayesha.

Jayda Cheaves’ career proved to be prolific even at her young age. At 23, she’s already an entrepreneur and an accomplished social media influencer. Jayda was able to flip her massive online following into a fortune worth $4 million and growing.

As an entrepreneur, Jayda founded her own clothing brand called AmourJayda. Jayda also provides tips to prevent hair problems and how to care for wigs purchased from her brand.

Moreover, Jayda is also a well-followed YouTuber. As of this writing, her channel Jayda Cheaves has 341,000 subscribers and has been viewed a total of 10 million+ times.

On her channel, Jayda vlogs about makeup tutorials, hair care tips, mukbangs, and other topics.

Aside from running her business and YouTube channel, Jayda also works as a model. She has been an ambassador to brands like Fashion Nova, Savage x Fenty, and Moon Cosmetics. In July 2021, Jayda also modeled for Matte’s Swim Week Collection.

Jayda Cheaves is a multi-millionaire with a net worth of $4 million. A big chunk of her wealth came from business ventures as well payments for her social media endorsements. She also has a sizeable following on YouTube, which adds up to her fortune.

In a 2018 interview, Jayda stated she wanted to be her own boss. That’s when she started her own brand. According to her, she made around $2.5 million between 2016 and 2018 from her hair brand alone. This is aside from her clothing brand and other ventures, including social media deals.

Since she has multiple businesses, it’s not surprising that Jayda’s net worth will soon become bigger. Her brand continues to expand and her social media following is also getting bigger.

Q: What is Jayda Cheaves famous for?

A: Jayda Cheaves isn’t just the former girlfriend of rapper Lil Baby. She also made a name for herself as an entrepreneur and social media influencer. Jayda also has her own hair brand AmourJayda, which has an online store called Wayda Shop. This is aside from her modeling career and brand endorsements.

Q: Is Jayda Cheaves a millionaire?

A: Jayda Cheaves is a multi-millionaire. Her net worth is reported to be around $4 million. Meanwhile, other sources say that it’s slightly on the lower spectrum at roughly $2 million. Nonetheless, one thing is for sure: Jayda is a self-made millionaire.

Q: Why is Jayda suing Walgreens?

A: In March 2021, Jayda Cheaves won a settlement after she sued Walgreens. The lawsuit was filed after a Walgreens employee revealed Jayda’s prescription details to the public. It’s not known how much Walgreens paid, but it’s said to be a large sum.

Q: Who did Lil Baby cheat on Jayda?

A: Dess Dior and Jayda Cheaves have been best friends for years. The two have been great friends even before Jayda became a millionaire. A throwback video of the two also surfaced, proving that they are BFFs before they both reached success.

Jayda Cheaves is estimated to have $4 million under her name. This is a combination of her business Amour Jayda net worth as well as social medial endorsements. Jayda also runs a YouTube channel where she also earns a substantial amount.

What do you think of Jayda’s net worth? Do you think she’s earning more? Share your thoughts below!