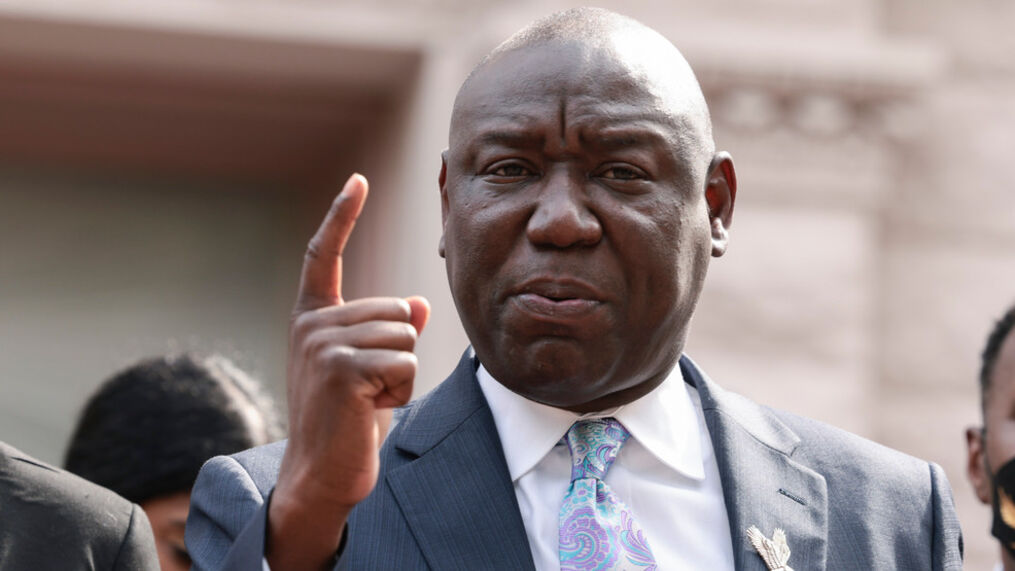 According to reports, the famous lawyer has a $5 million fortune under his name. A large chunk of this wealth is built from Crump’s law practice. He also appeared a few times on TV, which also added funds to his coffers.

Who is Attorney Benjamin Crump?

He rose to fame as a prominent lawyer who focuses on catastrophic personal injury and wrongful death cases. So far, his most high-profile work is representing George Floyd’s family in court. Aside from this, Attorney Crump has also lawyered in other highly known lawsuits.

Before becoming a lawyer, Crump attended South Plantation High School. After that, he attended Florida State University where he received his criminal justice degree in 1992. In 1995, Crump finished his Juris Doctor degree in the same university.

Due to his unwavering work in civil rights, Attorney Crump was included in the prestigious 2021 Time 100. This is an esteemed list from Time Magazine wherein the most influential people in the world are recognized.

Attorney Benjamin Crump is the oldest of the brood of nine step-siblings and siblings. His mother Helen worked as an employee in a local Converse shoe factory and as a hotel maid. For most of his childhood, Crump was raised by his grandmother.

When Crump’s mother sent him to South Plantation High School, we lived with his stepfather. His mother’s second husband was a math teacher and which Crump recognized as his father.

Currently, Attorney Crump has his own family. He is married to Genae Angelique Crump who works in the academe. The couple has one child born in 2012 whose name is Brooklyn Zeta Crump.

Aside from their daughter, the Crumps are also the legal guardians of Attorney Benjamin’s two adopted cousins. They are Jemarcus Olajuwan Crump and Chancellor Isiah Crump.

As of 2021, the Crumps are based and living in Tallahassee, Florida.

Attorney Benjamin Crump has handled some of America’s most notorious lawsuits. It’s also the same thing that made him one of the country’s top lawyers. Interestingly, his high-profile work also allowed him to build his wealth and receive various accolades.

It was in 2002 when Attorney Crump started to handle widely publicized cases. The first one is by representing Genie McMeans Jr’s family. McMeans is a Black American driver who was killed by a state trooper.

Come 2007, Crump was the lawyer of Martin Lee Anderson, an African-American teen who was killed by beating inside a youth detention center in Florida.

Crump also went to represent the family of Trayvon Martin in 2012. Martin was killed by George Zimmerman, though the latter was found to be not guilty. In the same year, Attorney Crump is the lawyer of Ronald Weekley Jr’s family. Weekley is an African-American skateboarder from California who was beaten to death by the police.

Aside from that, Attorney Crump is also on the forefront as the representative of Michael Brown, Tamir Rice, and Alesia Thomas in different cases. All of the said victims are African-American.

As Attorney Crump’s career progresses, he went on to handle more cases related to police brutality. From 2015 to 2019, Crump represented families of four different African-American families.

In 2019, Attorney Crump garnered the media’s attention once again as the lawyer of the residents affected by the Flint water crisis.

Charges were filed after Flint, Michigan residents started getting sick from their water supply. Reports about the case indicate that the crisis is the result of systemic racism as more than half of Flint’s population are African Americans.

In 2021, a federal judge granted a settlement worth $626 million to Flint residents as compensation for the damages caused by the crisis.

The year 2020 proved to be pivotal for Attorney Crump. At the start of the year, he was hired to represent the family of Ahmaud Arbery, an African American who was killed by two civilians.

Around the same time as the killing of Arbery, another Black American in the name of Breonna Taylor was killed by the police.

Crump is also the lawyer for a case that rocked America and the whole world: the killing of George Floyd. Floyd was unarmed when killed by then-police officer Derek Chauvin. The police officer knelt on Floyd’s neck for more than nine minutes, which led to his death.

In April 2021, Chauvin was found guilty on all charges. He was sentenced to 22.5 years in prison with a chance of parole.

After his successful work in Floyd’s case, Crump is now handling more cases involving African American and Asian victims. Many of which involve the police, including the recent case of Daunte Wright.

How much is Benjamin Crump worth?

With such a successful career as a lawyer, it’s not surprising that Benjamin Crump has $5 million on his name. His wife, Genae also works as an educator with a doctorate degree, which adds up to the couple’s source of income.

Aside from being a lawyer, Crump also had a stint on the show ‘You the Jury’ as well as a TV documentary series called ‘Who Killed Tupac?’. Nevertheless, these are just minor appearances and not as prominent as Crump’s law practice.

Currently, Crump’s major source of income is his law practice. With such high-profile and publicized cases, it’s no wonder that the famous lawyer will see an increase in his net worth.

A: Judging the cases he handled, many will agree that Benjamin Crump is one good lawyer. He also had decades of experience in the field and has received dozens of awards for his work. It’s the reason why many families are seeking his help when it comes to wrongful death, cases related to police brutality, and so on.

Q: Does Benjamin Crump ever win?

Q: How does Benjamin Crump get paid?

A: As any lawyer, Benjamin Crump is paid for his work in representing his clients to court. Still, money isn’t an issue for the lawyer. On his website, it says “no fees until we win”. It indicates that Crump will only charge the fees once his client wins a settlement.

Q: How much does Benjamin Crump charge?

A: Attorney Crump’s rates aren’t fully disclosed. But considering that he’s handling class lawsuits and high-profile cases, his fees would surely be higher than other lawyers. Also, he’s been one of the top lawyers in America, which will reflect on his rates.

Q: Where is Attorney Benjamin Crump licensed to practice law?

A: Attorney Crump is licensed to practice law in the state of Florida. He also established his own law firm Ben Crump Law, which is based in Tallahassee, Florida, where his family also lives. With this, he isn’t allowed to practice law in other states unless he secures a license.

How much is Benjamin Crump worth? The esteemed civil rights lawyer is said to be worth $5 million. He built his wealth through law practice to which he handled high-profile cases. Considering his decades of work and standing as a prominent lawyer, it’s not surprising that Attorney Crump has such an impressive net worth.