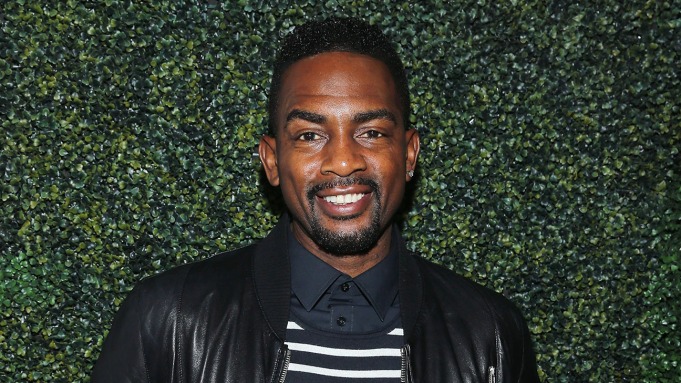 Did anyone say ‘booty call’? If you know this phrase, we have Bill Bellamy to thank for. He first rose to national attention after his stint in HBO’s Def Comedy Jam in 1992. During his episode, he coined the phrase ‘booty call’. But aside from his humor, Bill is also an accomplished video jockey and American actor. With such fame, many are wondering, how much is Bill Bellamy worth?

According to reports, the actor and comedian have $8 million in his name. This isn’t surprising as he has been active in show business since the mid-80s.

In this post, we discuss Bill Bellamy’s net worth, personal life, career, and more to help you know more about the brilliant comedian.

Who is Bill Bellamy?

Bill attended the Seton Hall Preparatory School in New Jersey. In college, he attended Rutgers University where he took up economics.

Aside from doing stand-up comedy, Bill is also a TV staple, having been a host to various MTV programs. He also has a share of movies where he starred in.

As a prolific artist, Bill is also a TV producer, presenter, screenwriter, and voice actor. He’s a multi-faceted celebrity, which truly reflects on his net worth.

Still, the highlight of Bill’s career is his appearance in Def Comedy Jam, where he first used the phrase ‘booty call’. Also, Bill became popular for his smooth ways and gentler approach to comedy. He didn’t resort to profanity and raunchiness to which the comedy of that time is known for.

Aside from ‘booty call’, Bill became a household name for his ‘I’m in the hooouse!’ catchphrase during the 1990s.

Bill Bellamy lives a private life and he hasn’t shared much about his family.

Nevertheless, it’s known that Bill is married to Kristen Baker, who’s also in the show business working as an actress. They married in June 2001 and share two children named Bailey Ivory-Rose and Baron. So far, the two are happily married for 20 years and counting.

As mentioned, Bill is the second cousin of Shaquille O’Neal, though the two pursued very different careers. Nevertheless, Bill has been commissioned in 2018 to host Shaq’s comedy franchise.

Unlike other comedians of his time, Bill Bellamy is notable for his unique style. He refused to use excessive profanity on his skits. Such an approach made him stand out among other comedians. His smooth ways, good looks, and an unbeatable sense of humor also made him the most eligible bachelor before marrying his wife Kristen.

Bill Bellamy has a very interesting career, which started in the late ‘80s. Still, Bill’s talent traces back to his younger years.

During his college years, Bill joined a male beauty pageant. It was then he realized that he needed an act as everybody else is dancing, singing, and playing music. Instead of doing whatever other contestants are doing, Bill did stand-up comedy.

The motivation he got from the male beauty pageant paved the way for Bill to become a stand-up comic. While working as a sales representative for a tobacco company, he would spend his nights in clubs performing stand-up comedy.

From there, he continued to juggle his 9 to 5 job with comedy. Bill started joining stand-up competitions where he won multiple times.

The crucial turning point of his amateur comedy career is a victory in a comedy competition in a Manhattan club. Aside from the $5,000 pot money, Bill also received the opportunity to book more gigs.

Bellamy’s gigs turned into a guesting in the TV program Showtime at the Apollo in 1992. He appeared together with Chaka Khan, Lo-Key, Ashford & Simpson, and more.

His performance at the show caught the eye of bigwigs like Russell Simmons and Bernie Brillstein. They eventually managed Bill, which led to bigger things in his career.

By 1992, Bill landed a spot on Def Comedy Jam, where the iconic ‘booty call’ phrase was first mentioned. After that guesting, Bill is a hot item. He’s then booked for The Arsenio Hall Show, Rascal’s Comedy Hour, and more. By that time, Bill was only doing comedy for a couple of years.

In 1994, Bill’s biggest break happened: he’s given a hosting job for MTV Jams. After that, Bill became not just a popular comedian, but also an actor. He went to star on some notable films like A Rich Christmas, The Bounce Back, Love Jones, Kindergarten Cop, and so much more.

By this time, Bill Bellamy is lauded for his clean living and his style of comedy that deviates from the raunchy and overly upbeat traditions.

Currently, Bill is working on a movie that’s already in post-production.

How much is Bill Bellamy worth?

Bill Bellamy is estimated to be worth $8 million. A large chunk of his fortune came from his career as a comedian, actor, and host for MTV. He’s also doing standup work for HBO, Comedy Central, MTV, and other shows.

According to IMDB, Bill Bellamy has 53 movie credits under his name. This spans from 1985 to 2021, which proves how prolific of a performer Bill is.

Aside from acting, Bill also produced and wrote comedy specials. All of these add up to his wealth.

After years of continued success in both comedy and acting, Bill decided to step back from Hollywood. In an interview with Comedy Hype, Bill said he slowed down his career’s momentum to focus on his family. Bill stated, “Even though I love my career, my kids are everything to me.”

With this, Bill became more selective of projects, so he can have more time with his family. It also means his income has slowed down, though Bill remains in the millionaires club.

Despite speculation that Bill Bellamy fell out, Bill is making a comeback. And sure enough, he’s picking up right where he left off.

Currently, Bill Bellamy’s net worth is expected to increase with his upcoming comedy shows. He was also tapped to be a guest host in The Wendy Williams Show last November 2021.

Q: What happened to Bill Bellamy?

A: Bill and his wife Kristen remains happily married for 20 years and counting. It’s considered a big achievement in Hollywood, where celebrity couples’ relationships rarely last. Bill and Kristen have two kids together, Baron and Bailey.

Q: Is Bill Bellamy still active as a comedian?

A: After taking a break from Hollywood, Bill Bellamy is back. He took a hiatus to focus on his family, which debunks allegations that he fell off. Currently, Bill has scheduled standup comedy shows with tickets available online.

Q: What show did Bill Bellamy play on?

A: Bill Bellamy became popular after his blockbuster stint in Def Comedy Jam. From there, he also did notable work as an MTV host and a comedian for the HBO comedy series.

Q: What did Bill Bellamy do before being a comedian?

A: Before being a comedian, Bill was working as a sales representative. After juggling comedy shows at night, Bill decided to leave the corporate world to pursue show business full time.

How much is Bill Bellamy worth? The famous comedian is said to be worth $8 million and his fortune is likely to get bigger with shows already in the pipeline. He also has an upcoming movie, which will surely beef up his bank account.