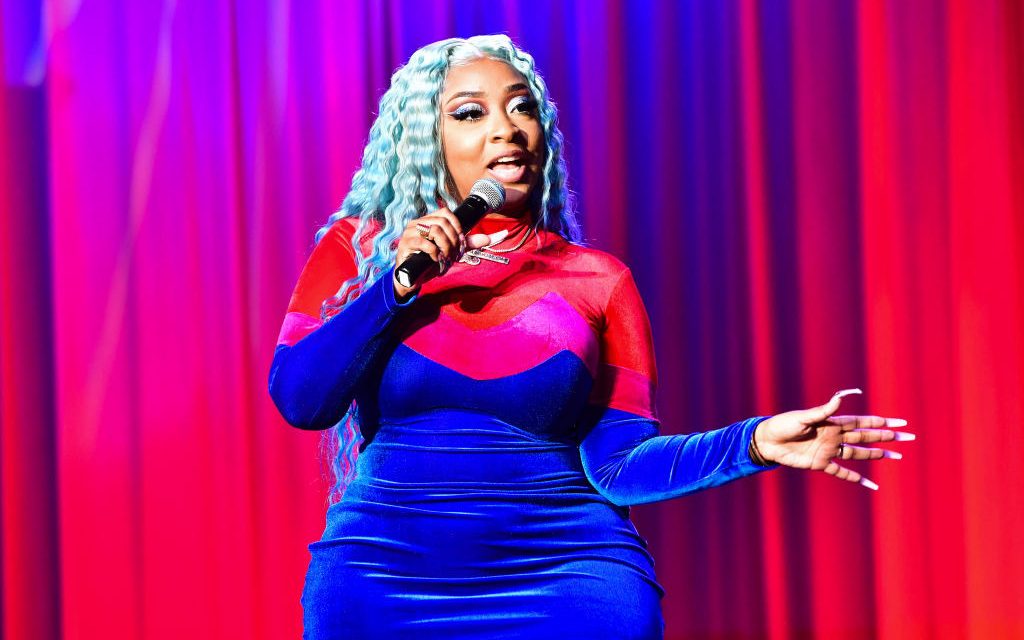 Jesseca Dupart (also known as BB Judy) is a self-made millionaire with a wide range of ventures ranging from real estate, beauty products, mentorship, public speaking, and more. With this, many are asking, how much is Jesseca Dupart worth? According to experts, Dupart’s net worth is around $5 million.

As an entrepreneur and Instagram model, Dupart was able to establish her own product line, the Kaleidoscope Hair Products. Below, we’ve discussed Jesseca Dupart’s net worth, personal life, and career to let you know more about the successful businesswoman.

Who is Jesseca Dupart?

Jesseca Faye Dupart’s birthday is on February 12, 1982. Her parents are Evelyn Dupart and Jesse Anthony Dupart and their family resided in New Orleans, Louisiana where she also founded her company.

Her father was a realtor and her mother worked at the post office. Moreover, her mother helped her with Kaleidoscope Hair Product’s shipping until her retirement.

Meanwhile, Jesseca has a sister named Jheri and two brothers named Damon Sr. and Jesse Jr. Aside from that, not much is known about her immediate family.

Dupart’s interest in cosmetology started early. Despite the lack of a college degree, she managed to make a name for herself. Her fame and success are the epitome of Boss Lady status.

Before her success, Jesseca Dupart has had a challenging life. Her teenage years were bumpy and by the time she turned 15, Jesseca is already pregnant with her first child.

When she was 17 years old, Dupart became pregnant with her second child. It was the time when her family kicked her out of the house. This forced Jesseca to live with her then-boyfriend.

At 19 years old, Jesseca is already pregnant with her third child. Despite the massive responsibility of being a young mother, Jesseca didn’t stop with her passion: hair.

Also, her need to provide for her three kids pushed her to keep going. However, such a goal didn’t come easy.

In January 2011, Jesseca’s father, Jesse, passed away. Also, in 2013, her salon caught fire, turning everything into ashes.

Despite the challenges she faced, Jesseca rebuild her business. In April 2014, she launched the now-popular Kaleidoscope Hair Care Products. It has become a household brand for hair care, which is the reason why many of its products are often sold out.

Aside from her successful career, Jesseca also announced her engagement to Shawntae Harris, also known as Da Brat. The two have been dating for around two years before Dupart popped the question.

Since her childhood, Jesseca’s interest has been in cosmetology. In 2013, she established Kaleidoscope Hair Studio as a single mother. But not shortly after its opening, the salon caught fire.

Using her life savings, Jesseca launched Kaleidoscope Hair Studio. The Miracle Drops is one of the bestselling products of her company to date.

Aside from running her beauty brand, Jesseca also started the ‘Judy Dropping Knowledge’. It is an Instagram page where followers can network. She also answers questions related to business and career growth.

In 2018, Jesseca partnered with SupaCent, a makeup mogul, for a toy-giving event. It broke China’s Guinness World Record after they were able to give out 5,000 toys in an hour.

How much is Jesseca Dupart worth

Currently, Jesseca Dupart is estimated to have a net worth of $5 million. Her hair brand is said to be earning $12 million each year, which is aside from her real estate investments.

Jesseca is managing the Kaleidoscope Hair Product brand closely. She credits her success to hard work, patience, and creativity. With her vision and the continuous success of her brand, Jesseca Dupart is expected to get richer as years go by.

Also, Jesseca’s social media presence continues to grow. Celebrities like Monica, DJ ENVY, Trina, and Angela Tee are just some of her endorsers.

Her customer base is also solid. In fact, the Kaleidoscope Hair Products Instagram page has over 700,000 followers to date. This is aside from Jesseca’s Instagram account (darealbbjudy) with 2.1 million followers as of this writing.

Q: Who is Jesseca Dupart engaged to?

A: Jesseca Dupart is engaged to Da Brat. They have been dating for two years now. Da Brat, Shawntae Harris in real life, is a Chicago-born rapper. She’s signed with So So Def Records and has two Grammy nominations.

Q: Is Jesseca Dupart a millionaire?

A: Jesseca Dupart is a multimillionaire and CEO of the Kaleidoscope Hair Products brand. She’s a self-made entrepreneur who rose to fame on Instagram. Her brand is also continuously expanding and earning millions of dollars.

Q: How long has Kaleidoscope been in business?

A: Kaleidoscope Hair Products has been in the business since 2014. It’s founded by Jesseca Dupart while working as a hairstylist. Currently, Kaleidoscope is one of the household names in terms of hair care products, especially for those who want to regrow their hair.

A: According to reports, Da Brat has been following Jesseca Dupart a.k.a. BB Judy on Instagram for a couple of years before they even meet. When Jesseca went on tour in Atlanta, Da Brat had the chance to meet her in person. That’s when their relationship started.

Q: What is Da Brat’s net worth?

A: Da Brat’s net worth is estimated to be around $3 million. The American rapper is currently engaged to Jesseca Dupart. Da Brat is currently making waves in the music industry, which is the reason behind her wealth.

How much is Jesseca Dupart worth? It’s estimated to be around $5 million, which is mainly sourced from her hair company, Kaleidoscope Hair Products. Dupart is a self-made millionaire who climbed the ladder to success with her love for cosmetology.

With the continued success of her brand in and out of social media, Dupart’s net worth is expected to get bigger in the coming years.