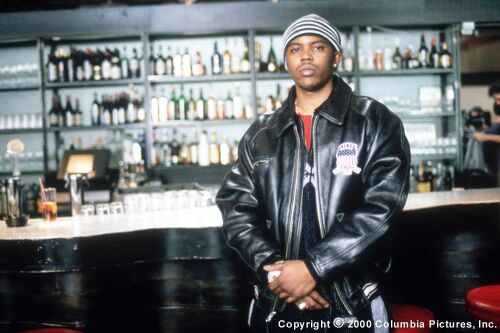 Below, we talked more about Oliver Power Grant’s personal life, career, net worth, and more. Read on to know about the versatile entrepreneur who helped catapult Wu-Tang Clan to fame in the ‘90s.

Who is Oliver Power Grant?

Oliver Power Grant was born on the 23rd of November 1973, in Staten Island, NY. He grew up in the Park Hill neighborhood where he would meet life-long friends. Those friends would become the Wu-Tang Clan group.

Grant’s connection with Wu-Tang Clan started when he became friends with RZA’s brother, Divine. RZA is considered the de facto leader of the Wu-Tang Clan group.

Moreover, Grant got the nickname “Power” over a game of chess with the founding members of Wu-Tang.

Aside from that, Grant is also the older brother of Killa Sin (Jeryl Grant), who’s a member of the Wu-Tang affiliated group Killarmy.

Not much is known about Oliver Power Grant’s personal life, but it’s undeniable that he has a massive influence on the fame of Wu-Tang.

At that time, the idea of artist-inspired clothing merchandise is still a new idea. Many are skeptical that it will work, but Grant proved that it’s a prolific venture.

Grant started selling Wu-Tang shirts with just the logo of the group printed on them through mail order. And when Wu-Tang reached platinum success, Grant was able to open a brick-and-mortar store in Staten Island. He also managed to secure an office in Manhattan to house wholesale orders.

Overall, Wu Wear had four physical stores in the U.S. during its prime years. It’s so popular that Rich’s and Macy’s carry it on their clothing sections.

With that, Grant enjoyed massive financial success, with many estimating his Wu Wear fortune to be around $25 million during the group’s successful years.

However, in 2008, Grant decided to rebrand his clothing line to ‘Wu-Tang Brand’. This is after unauthorized manufacturers started counterfeiting Wu Wear and selling it online. But as Wu-Tang Clan’s career started to slow down, Wu Wear’s popularity also began to wane.

Nevertheless, Grant and RZA decided to relaunch the brand in 2017. For this project, Grant serves as the brand’s ‘historic creative consultant’ to guarantee creative control over the products.

Oliver Grant is credited as the executive producer for all Wu-Tang albums. It shows his role in the group and how well he’s invested in the Wu-Tang brand.

Aside from that, Grant also developed the Wu-Tang: Shaolin Style. It’s a four-player fighting game that was released on PlayStation back in 1999. It features the hip hop group wherein some members also provide voice work for the characters.

However, the game wasn’t a big hit and was shelved shortly after release. It has clunky controls, which is a bummer when it comes to user experience. Nevertheless, fans of the Wu era still cherish the game, mostly for its cool soundtrack.

Delving into TV and movie

Aside from producing albums and a game for Wu-Tang Clan, Grant was depicted by actor Marcus Callender for the Hulu special Wu-Tang: An American Saga. This series is created by Wu-Tang member RZA and Alex Tse, which portrays how the group was formed.

Aside from that, Grant also acted for the movie ‘Belly’ in 1998. He also played a role in the movie Black and White, which was directed by James Toback. It also starred Brooke Shields, Robert Downey Jr., Elijah Wood, Ben Stiller, and more big names.

From there, Oliver Grant went on to compose music and act for movies like When Will I Be Loved. In 2004, Grant landed a lead role for the movie Coalition alongside Neve Campbell.

According to public records, Oliver Power Grant is worth $2 million. He earned most of his fortunes from his business ventures related to the Wu-Tang Clan.

Currently, Grant earns his keep by producing music, composing, and focusing on his merchandise businesses. It’s not clear about how much Grant earns per year, but it’s reportedly sizeable, which is why he gets to maintain his millions.

A: Oliver Power Grant remains affiliated with the Wu-Tang Clan. This is after he and RZA decided to relaunch the Wu Wear brand. Considering that the group formed during their younger years, it’s guaranteed that Grant won’t easily leave Wu-Tang behind.

A: With a net worth of around $2 million, Oliver Power Grant is considerably rich. He sources most of his wealth from his earnings on Wu-Tang merchandise. He also worked on TV and movie projects, which add up to his fortunes.

Q: Is Wu Wear still around?

A: While Wu Wear lost its fame as Wu-Tang Clan’s popularity subsided, it managed to withstand the market. You can still purchase authentic Wu Wear pieces nowadays on its official website. They sell shirts, hoodies, outerwear, bottom wear, accessories, and more.

What is Oliver Power Grant net worth? The producer and entrepreneur managed to rake in $2 million for his fortune. Much of his wealth came from the Wu Wear brand, which he launched and managed. Aside from that, Grant had movie and TV projects that allowed him to earn a sizeable amount. With the resurrection of Wu Wear, we can foresee Grant’s net worth getting bigger.